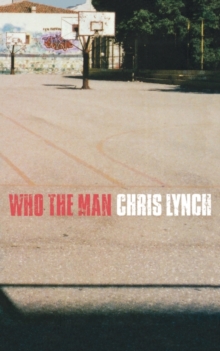 Right and wrong is a simple deal, and everybody knows it.

As long as you have all the facts, right and wrong make themselves very clear to you.

If you really want to know. Earl is a boy far larger and older looking than everyone else in his class.

He's big - like a rugby player, strong and just a bit scary.

Earl gets into fights and threatens people who upset him or confuse him and Earl argues with his teachers.

So is Earl bad and wrong? Earl's parents are having a hard time. The kind of hard time that means one walks out of the room when the other walks in.

Earl is also a bit lonely and shy and his size makes him uncomfortable - especially around girls.

He is your average teenage boy but with a few extra problems and not great communication skills.

So is Earl a bully or is he misunderstood? Is he unpleasant or is he shy? Read this compelling and utterly engrossing novel by the masterful Chris Lynch and read a simply told story about very complicated issues.