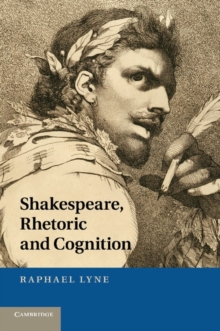 Raphael Lyne addresses a crucial Shakespearean question: why do characters in the grip of emotional crises deliver such extraordinarily beautiful and ambitious speeches?

How do they manage to be so inventive when they are perplexed?

Their dense, complex, articulate speeches at intensely dramatic moments are often seen as psychological - they uncover and investigate inwardness, character and motivation - and as rhetorical - they involve heightened language, deploying recognisable techniques.

Focusing on A Midsummer Night's Dream, Othello, Cymbeline and the Sonnets, Lyne explores both the psychological and rhetorical elements of Shakespeare's language.

In the light of cognitive linguistics and cognitive literary theory he shows how Renaissance rhetoric could be considered a kind of cognitive science, an attempt to map out the patterns of thinking.

His study reveals how Shakespeare's metaphors and similes work to think, interpret and resolve, and how their struggle to do so results in extraordinary poetry.