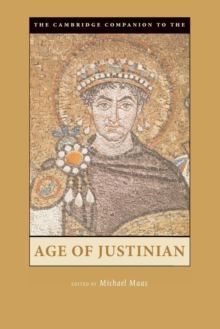 The Cambridge companion to the Age of Justinian

Part of the Cambridge Companions to the Ancient World series

This book introduces the Age of Justinian, the last Roman century and the first flowering of Byzantine culture.

Dominated by the policies and personality of emperor Justinian I (527 565), this period of grand achievements and far-reaching failures witnessed the transformation of the Mediterranean world.

In this volume, twenty specialists explore the most important aspects of the age including the mechanics and theory of empire, warfare, urbanism, and economy.

It also discusses the impact of the great plague, the codification of Roman law, and the many religious upheavals taking place at the time.

Consideration is given to imperial relations with the papacy, northern barbarians, the Persians, and other eastern peoples, shedding new light on a dramatic and highly significant historical period.