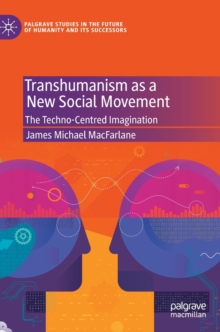 Transhumanism as a New Social Movement : The Techno-Centred Imagination

James Michael MacFarlane argues that such advocacy is characterized by 'Techno-centrism,' a belief grounded in today's world while being also future-oriented and drawn from the imagination.

This blurring of 'real' and 'imagined' futures borrows from the materialist grounding of the scientific worldview, while granting extended license to visions for technology as an enabler of forward-facing action, which include reviving humanist ideals associated with the modernization project.

While Techno-centrism is arguably most pronounced in transhumanism-where it is acted-out in extreme, almost hyperbolic ways-it reflects more generally held, deep-seeded concerns around the future of science, technology and human self-identity in the new millennium.

Far from being new, these emerging social forms capture unresolved ambivalences which have long cast a shadow over late-modern society and culture.