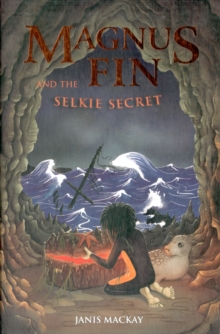 Magnus Fin and the selkie secret

Part of the Kelpies series

On his eleventh birthday, schoolboy Magnus Fin found out that he is half selkie -- part human, part seal.

Although he looks like a boy and lives on land, he can breathe underwater. When a rusty metal chest is flung ashore in a storm, Magnus Fin decides to investigate.

But he injures his hand on the strange box, and his sealskin starts to show through.

His teacher realises that there's something very unusual about Magnus Fin -- and rumours start to spread.

Deep in the ocean, the great sea god Neptune has problems of his own.

The treasures of wisdom have been stolen, and his memory and powers are fading fast.

Could his missing treasure be inside the chest that's been washed ashore?

Magnus Fin is the only one who can find out and restore order under the sea.

But a young journalist is investigating the rumours about 'fish people'.

This is the third book in the series.