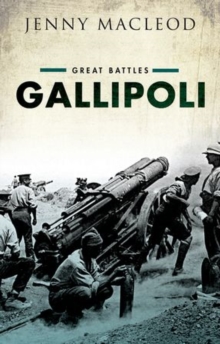 By: Macleod, Jenny (Department of History, University of Hull)

Part of the Great battles series

The British-led Mediterranean Expeditionary Force that attacked the Ottoman Empire at Gallipoli in 1915 was a multi-national affair, including Australian, New Zealand, Irish, French, and Indian soldiers.

Ultimately a failure, the campaign ended with the withdrawal of the Allied forces after less than nine months and the unexpected victory of the Ottoman armies and their German allies. In Britain, the campaign led to the removal of Churchill from his post as First Lord of the Admiralty and the abandonment of the plan to attack Germany via its 'soft underbelly' in the East.

Thereafter, it was largely forgotten on a national level, commemorated only in specific localities linked to the campaign.

In post-war Turkey, by contrast, the memory of Gallipoli played an important role in the formation of a Turkish national identity, celebrating both the ordinary soldier and the geniusof the republic's first president, Mustafa Kemal.

The campaign served a similarly important formative role in both Australia and New Zealand, where it is commemorated annually on Anzac Day.

For the southern Irish, meanwhile, the bitter memory of service for the King in a botched campaign was forgottenfor decades.

Shaped initially by the imperatives of war-time, and the needs of the grief-stricken and the bereft, the memory of Gallipoli has been re-made time and again over the last century.

For the Turks an inspirational victory, for many on the Allied side a glorious and romantic defeat, for others still an episode best forgotten, 'Gallipoli' has meant different things to different people, serving by turns as an occasion of sincere and heartfelt sorrow, an opportunity for separatist and feministprotest, and a formative influence in the forging of national identities.