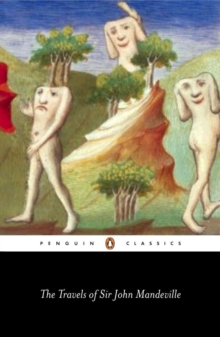 The travels of Sir John Mandeville

By: Mandeville, John,  Moseley, Charles(Translated by)

Ostensibly written by an English knight, the Travels purport to relate his experiences in the Holy Land, Egypt, India and China.

Mandeville claims to have served in the Great Khan's army, and to have travelled in the lands beyond' countries populated by dog-headed men, cannibals, Amazons and Pygmies.

This intriguing blend of fact, exaggeration and absurdity offers both fascinating insight into and subtle criticism of fourteenth-century conceptions of the world.