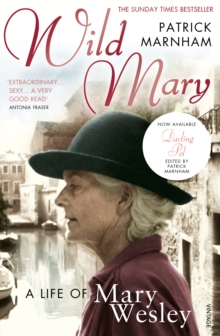 Mary Wesley famously began writing at the age of 70.

Her ten best-selling novels won her thousands of fans, and described a world that she had known in her youth - the world of war-time London, with its fear and high-spirits and casual sex.

They created an image of Mary that her fans took to their hearts, but it was an image that was carefully created and one that raised more questions than it answered.

The real Mary Wesley had lived a life more fascinating, scandalous and passionate than any she created for her heroines.

Behind the legend of Mary Wesley the novelist, was another woman, Mary Siepmann, who guarded her privacy fiercely.

In the last year of her life she decided to reveal more of herself to her biographer, Patrick Marnham.

Through hours of interviews and access to Mary's diaries, letters and unpublished memoirs, Patrick Marnham discovered her extraordinary true story.

It is a story of near-suicide and reckless courage and tells of how a passionate and headstrong woman, born into a ruling class in decline turned her back on her privileged position; she knew both poverty and fame, but more than anything succeeded in living life on her own uncompromising terms.