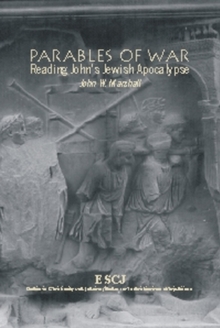 He contends that categorizing the Book as "Christian" has been an impediment in interpreting the Apocalypse.

By suspending that category, solutions to several persistent problems in contemporary exegesis of the Apocalypse are facilitated.

Smith as theoretical resources. In the second half of his study, he provides detailed descriptions of the social and cultural context of the diaspora during the Judean War, and constructive rereadings of four key text complexes. The result is a portrait of the Apocalypse of John that envisions the document as deeply invested in the Judaism of its time, pursuing rhetorical objectives that are not defined by the issues that scholars use to differentiate Judaism from Christianity.