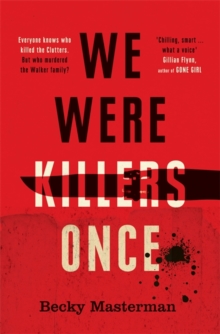 We were killers once

Part of the A Brigid Quinn investigation series

In 1959, The Walker family murders shook Florida. As many as 587 people were considered suspects - but 60 years on the investigation remains unsolved.

Former FBI agent Brigid Quinn has been obsessed with the Walker case since she was a child.

She believes it holds striking similarities to another high profile investigation of the time: the Clutter family murders, made infamous by Truman Capote's In Cold Blood.

What if Perry Smith and Dick Hickock - executed for those murders - had killed again?And what if there was a third killer, who remained unknown?

Jerry Beaufort has just been released from prison after decades behind bars, and though he'd like to get on with living the rest of his life, he knows that somewhere there is a written record of the time he spent with two killers in 1959.

But following the path of this letter will bring Jerry into contact with the last person he'll see as a threat: Brigid Quinn.