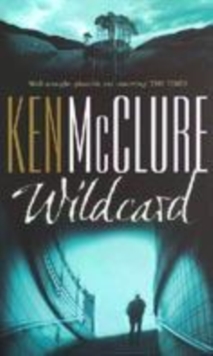 Steven Dunbar's latest and most deadly case...When a killer virus appears, there are no obvious connections between the victims.

The truth that finally emerges is shocking, terrifying, yet all-too-possible When a traveller dies on a flight back to London from Africa, bleeding profusely, the Ebola virus is blamed.

Steven Dunbar of the Sci-Med Directorate investigates and discovers that this outbreak cannot be blamed on Ebola, and that others, completely unrelated to the first victim, are falling ill and dying.

Somewhere there is a link. Somehow the wild cards are related. As more and more people fall ill and die throughout the British Isles in the run-up to Christmas, politicians equivocate and scientists attempt to find a seemingly impossible answer.

Steven questions his own belief in medicine and in his role as a doctor.

Gradually, the truth becomes clearer...it is terrifying and unbelievable.