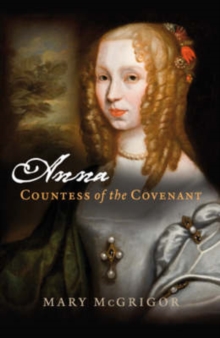 Lady Anna Mackenzie, daughter of Lord Seaforth, was born in 1621.

Famed for her beauty, she married the Earl of Balcarres when she was nineteen, but her happy life at Balcarres Castle in Fife was shattered by the Civil War.

Following the death of Charles I, Balcarres raised an army to fight for Charles II.

Defeated by Cromwell he fled with his wife to Holland where, reduced to great poverty, Anna 'the angel of the exiled court' became a governess to Prince William of Orange, later William III.

Balcarres died tragically in his wife's arms.Returning to Scotland to struggle with financial and familial difficulties - as her correspondence reveals - she managed to save the family estates from bankruptcy for her surviving son, before she married Archibald, 9th Earl of Argyll.

Upon his capture he was beheaded. Countess Anna, imprisoned, was spared execution. She survived to remain as the mainstay of her family until her death at the age of eighty-five in 1707. "Anna, Countess of the Covenant" is an extraordinary account of an extraordinary woman in one of the most fascinating periods in Scottish, British and European history.