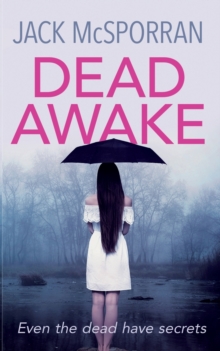 For Lenna Gallows, being the daughter of a mortician isn't as weird as people think. Until the day her ex-best friend Alicia is the one on her father's table. And her dead body wakes.

When Alicia is found dead in the park from a suspected suicide, it shakes the town of Denwood to its core. But no one is as rattled as Lenna, who finds herself in the odd position of being able to hear what actually happened to Alicia from the corpse's mouth.

Unfortunately, Alicia doesn't remember a thing from that fateful night but swears she didn't kill herself. Guilt-ridden over how their friendship ended, Lenna decides to investigate Alicia's death and vows to discover how she really died.

As Lenna and Alicia struggle to resolve the issues which destroyed their friendship, Lenna digs to unearth the truth behind Alicia's death and her disturbing newfound ability to speak to the dead. As Lenna's list of suspects grows, one thing becomes clear. Someone in Alicia's life murdered her, and they'll do anything to keep the truth buried—even if it means killing again.

A perfect read for fans of Holly Black, Charlaine Harris, Gillian Flynn, and Joe Hill, this fast-paced tale of lies and death promises to keep you up long into the night.

Get your copy of Dead Awake today and discover the spine-chilling thriller everyone's talking about!