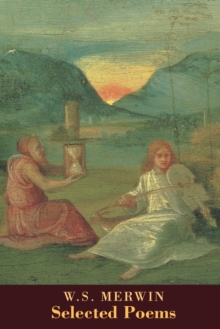 W.S. Merwin is arguably the most influential American poet of the last half-century - an artist who has transfigured and reinvigorated the vision of poetry for our time.

While he has long been viewed in the States as an essential voice in modern American literature, his poetry has been unavailable in Britain for over 35 years.

Most of the book is drawn from his major American retrospective, "Migration", winner of the 2005 National Book Award for Poetry.

Merwin's poetry has moved beyond the traditional verse of his early years to revolutionary open forms that engage a vast array of influences and possibilities.

As Adrienne Rich wrote of his work: "I would be shamelessly jealous of this poetry, if I didn't take so much from it into my own life." His recent poetry is perhaps his most personal, arising from his deeply held beliefs.

Merwin is not only profoundly anti-imperialist, pacifist and environmentalist, but also possessed by an intimate feeling for landscape and language and the ways in which land and language interflow. His latest poems are densely imagistic, dream-like, and full of praise for the natural world. "The intentions of Merwin's poetry are as broad as the biosphere yet as intimate as a whisper.

He conveys in the sweet simplicity of grounded language a sense of the self where it belongs, floating between heaven, earth, and the underground" - Peter Davison, "Atlantic Monthly". "He has attained - more and more with every collection - a wonderfully streamlined diction that unerringly separates and recombines like quicksilver scattered upon a shifting plane, but remains as faithful to the warms and cools of the human heart as that same mercury in the pan-pipe of a thermometer" - James Merrill.