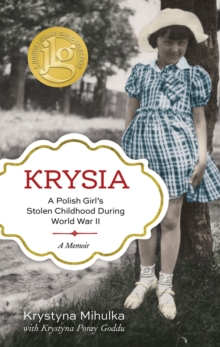 Few people are aware that in the aftermath of German and Soviet invasions and division of Poland, more than 1.5 million people were deported from their homes in Eastern Poland to remote parts of Russia.

Half of them died in labor camps and prisons or simply vanished, some were drafted into the Russian army, and a small number returned to Poland after the war.

Those who made it out of Russia alive were lucky—and nine-year-old Krystyna Mihulka was among them.

In this childhood memoir, Mihulka tells of her family's deportation, under cover of darkness and at gunpoint, and their life as prisoners on a Soviet communal farm in Kazakhstan, where they endured starvation and illness and witnessed death for more than two years.

This untold history is revealed through the eyes of a young girl struggling to survive and to understand the increasingly harsh world in which she finds herself.