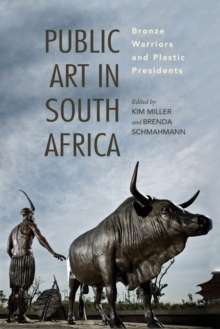 How does South Africa deal with public art from its years of colonialism and apartheid?

How do new monuments address fraught histories and commemorate heroes of the struggle?

In this lively volume, Kim Miller, Brenda Schmahmann and an international group of contributors explore how works in the public domain in South Africa serve as a forum in which important debates about race, gender, identity and nationhood play out.

Examining statues and memorials as well as performance, billboards, and other temporal modes of communication, the authors of these essays consider the implications of not only the exposure, but also erasure of events and icons from the public domain.

Revealing how public visual expressions articulate histories and memories, they explore how such works may serve as a forum in which tensions surrounding race, gender, identity, or nationhood play out.