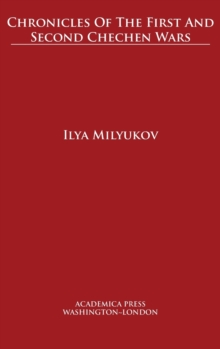 Chronicles of The First and Second Chechen Wars

Presented by Russian author and attorney Ilya Milyukov, Chronicles of the First and Second Chechen War presents the main events of the First (1994-1996) and Second (1999-2009) Wars in Chechnya, Russia's deadliest conflicts since World War II. The First War began in December 1994 and lasted for one year and nine months, ending in August 1996.

There were two major urban battles - the Battle of the Chechen capital of Grozny from December 1994 to March 1995 and the Battle of Grozny in August 1996 - and two major battles in the rural areas, the Russian offensive in the Southern Chechnya in May and June 1995, and fighting in the foothills part of the Republic from February to May 1996. The Second War began in August 1999 and lasted much longer - until mid-April 2009, for almost ten years.

It also included a major urban battle, and it again occurred in New Year's Eve - the Battle of Grozny in December 1999 - February 2000.

There was also a major battle in the countryside - the Battle for the village of Komsomolskoye, located in Urus-Martanovsky District, in March 2000. And there were also two large attacks outside Chechnya -in Moscow in October 2002, and in the North Ossetian town of Beslan in September 2004.

During these war, Russian federal troops took heavy losses, while the number of civilian deaths reached nearly 400,000 people. Milyukov's expert and meticulous chronicle lists the major events of these conflicts soberly and without editorial comment to document their events in all their brutality and horror.