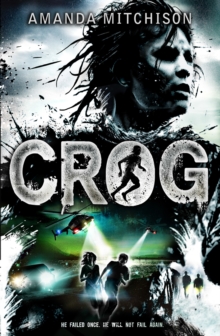 When Wilf sees the simple wooden bowl in the local museum, he's not sure why he's so drawn to it - but it has him mesmerized.

Leaving with the bowl under his jacket, he notices two men in dark suits heading purposefully inside, and something tells him he should make a quick exit. The next morning, there's someone in his room: Crog.

Dressed in muddy rags, with black stubs for teeth and a grisly rope around his neck, Crog isn't sure how he ended up here - but he knows it's because of the bowl.

Three thousand years ago, Crog was tasked with protecting the bowl from those who want it to gain power, and he failed once.

But he won't fail again. Within minutes, the doorman at Wilf's apartment is lying dead, the men in suits closing in.

Wilf, Crog and Wilf's twin sister Ishbel are suddenly on the run - and those who want the bowl are only one step behind.