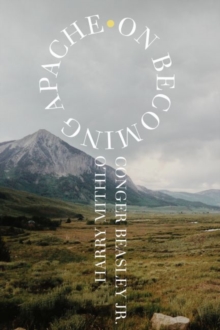 Part of the Voice in the American West series

This is the story of Watson Mithlo, Chiricahua Apache, his family, and his life.

Watson's story embodies the life of the Chiricahua Apache people, who in 1886 were forced into exile to Fort Marion, Florida, by the US government and considered prisoners of war until 1914.

This story tells Watson's lived history as the Chiricahua were relocated from Arizona to Florida to Alabama and finally to Fort Sill, Oklahoma.

But this is also a story of Harry Mithlo, Watson's son, and Conger Beasley, Harry's friend.

It is a story of telling a story. The three voices that serve as our narrators--Watson, Harry, and Conger--all contribute information and emotions, caught up in a kind of ongoing, never-ending, simultaneous present.

This story is a composite, a mosaic, a song. It is imbued with oral tradition, Apache medicine, and the dance of the Chiricahua Mountain Spirits.

Through Watson, Harry, and Conger, one man's life becomes a circle, blending history with the sacred in the telling of a distinctly Native story.