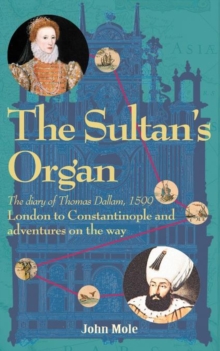 The Sultan's Organ : The Diary of Thomas Dallam 1599

In 1599 Queen Elizabeth I sent a wonderful present to Sultan Mehmet III of Turkey.

It was a self-playing organ, which could play for six hours, combined with a speaking clock and jewel-encrusted moving figures, all contained in a gilded cabinet sixteen feet high, six feet wide and five feet deep.

It took them six eventful months to get from London to Constantinople.

Thomas kept a fascinating diary, now in the British Library.

Faithfully translated into modern English, unembellished and unedited, this marvellous traveller's tale reads as if its author were alive today.