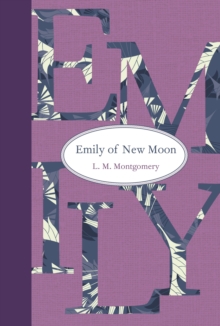 Part of the Emily Novels series

Tundra Books
1770497463 / 9781770497467
Hardback
25/11/2014
Usually dispatched within 4 weeks
142 x 208 mm, 496 grams 448 pages
Emily Starr never knew what it was to be lonely--until her beloved father died. Now Emily's an orphan, and her snobbish relatives are taking her to live with them at New Moon Farm. Although she's sure she'll never be happy there, Emily deals with her stern aunt Elizabeth and her malicious classmates by using her quick wit and holding her head high.
Things slowly begin to change for the better when Emily makes some new friends. There's Teddy Kent, who does marvelous drawings; Perry Miller, the hired boy, who's sailed the world with his father yet has never been to school; and above all, Ilse Burnley, a tomboy with a blazing temper. With these wonderful companions at her side and adventures around every corner, Emily begins to find her new home beautiful and fascinating--so much so that she comes to think of herself as Emily of New Moon.
In this first volume of the celebrated Emily trilogy, Lucy Maud Montgomery draws a more realistic portrait of a young orphan girl's life on early twentieth-century Prince Edward Island.