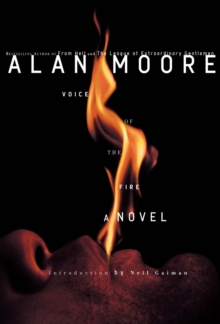 Voice of the fire

In a story full of lust, madness, and ecstasy, we meet twelve distinctivecharacters that lived in the same region of central England over the span of sixthousand years.

Their narratives are woven together in patterns of recurringevents, strange traditions, and uncanny visions.

First, a cave-boy loses hismother, falls in love, and learns a deadly lesson.

He is followed by anextraordinary cast of characters: a murderess who impersonates her victim, afisherman who believes he has become a different species, a Roman emissary whorealizes the bitter truth about the Empire, a crippled nun who is healedmiraculously by a disturbing apparition, an old crusader whose faith isdestroyed by witnessing the ultimate relic, two witches, lovers, who burn at thestake.

Each interconnected tale traces a path in a journey of discovery of thesecrets of the land.

In the tradition of Kipling's Puck of Pook's Hill, Schwob'sImaginary Lives, and Borges' A Universal History of Infamy, AlanMoore (Watchmen, From Hell, Lost Girls) travels throughhistory blending truth and conjecture, in a novel that is dazzling, moving,sometimes tragic, but always mesmerizing.

Now available in paperback for the first time in America!

With anIntroduction by Neil Gaiman, a signature of full-color plates by JoseVillarrubia, and a cover design by Chip Kidd.