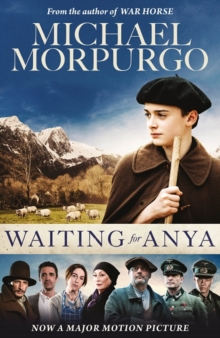 Soon to be a major motion picture, starring Stranger Things' Noah Schnapp. It is World War II and Jo stumbles on a dangerous secret: Jewish children are being smuggled away from the Nazis, close to his mountain village in Spain.

Now, German soldiers have been stationed at the border.

Jo must get word to his friends that the children are trapped.

The slightest mistake could cost them their lives. Michael Morpurgo: The Master Storyteller.

One of the most successful children's authors in the country, and loved by children, teachers and parents alike.

Michael has written more than forty books and won the Whitbread Award, the Smarties Award, the Circle of Gold Award, the Children's Book Award and has been shortlisted for the Carnegie Medal four times.