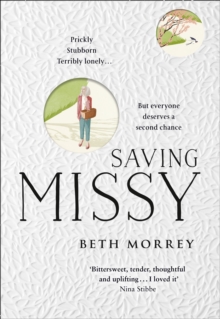 'A touching, deftly written debut that celebratescommunity and kindness' Sunday Times Missy Carmichael's life has become small. Grieving for a family she has lost or lost touch with, she's haunted by the echoes of her footsteps in her empty home; the sound of the radio in the dark; the tick-tick-tick of the watching clock. Spiky and defensive, Missy knows that her loneliness is all her own fault.

She deserves no more than this; not after what she's done.

But a chance encounter in the park with two very different women opens the door to something new. Another life beckons for Missy, if only she can be brave enough to grasp the opportunity.

But seventy-nine is too late for a second chance. Isn't it? 'Bittersweet, tender, thoughtful and uplifting ...

I loved it' Nina Stibbe