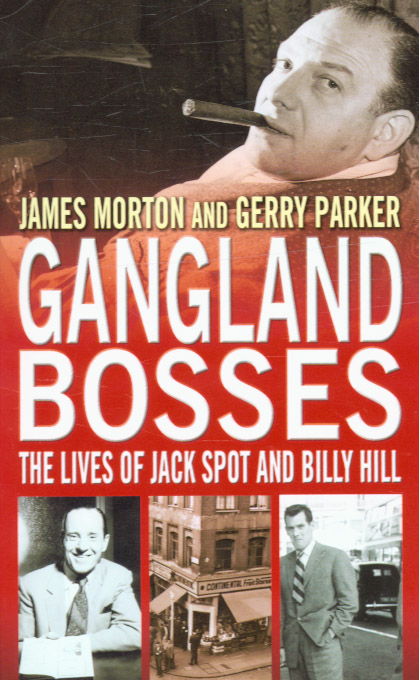 Gangland bosses : the lives of Jack Spot and Billy Hill

In August 1955 two men fought on the corner of Frith Street and Old Compton Street, Soho.

From the dreadful injuries they inflicted on each other it easily could have been a hanging matter, but ironically it became known as 'The Fight that Never Was'.

It was, however, to have enormous repercussions in the battle for control of Soho and its clubs and for the bookmakers' pitches on the racecourses.

It also led to the inexorable rise of the Kray twins.

One of the men fighting was Jack Spot, the self-proclaimed defender of the Jewish community against Fascism.

The other was the half Italian Albert Dimes, the right hand man of Spot's one-time friend and later nemesis Billy Hill, rightly described as the nearest Britain has ever had to a mastermind.

Meticulously researched, including interviews with the survivors of the era, this is the story of the rise and fall of Spot from an East End background and Hill from a criminal family in Holborn, as well as that of their spiritual mentor Darby Sabini, the King of the Racecourses in the 1920s and 1930s and his successors Alf and Harry White.