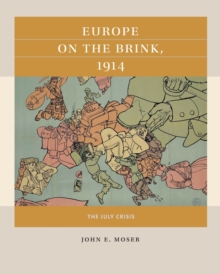 The assassination of Archduke Franz Ferdinand on June 28, 1914 by a Serbian nationalist has set off a crisis in Europe.

Since the Congress of Vienna in 1815, peace had largely prevailed among the Great Powers, preserved through international conferences and a delicate balance of power.

Now, however, interlocking alliances are threatening to plunge Europe into war, as Austria-Hungry is threatening war against Serbia.

Germany is allied with Austria-Hungary, while Russia views itself as the protector of Serbia.

Britain is torn between fear of a German victory and a Russian one.

France supports Russia but also needs Britain on its side.

Can war be avoided one more time? Europe on the Brink plunges students into the July Crisis as representatives of the European powers.

What choices will they make?