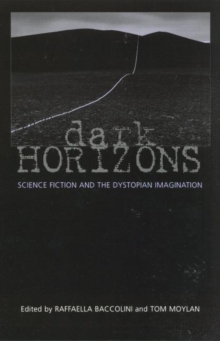 With essays by an international and interdisciplinary group of scholars, Dark Horizons focuses on the development of the critical dystopia at the end of the twentieth century.

In these narratives of imaginatively worse places than even the reality produced by the neo-conservative backlash of the 1980s and the neoliberal hegemony of the 1990s, utopian horizons stubbornly anticipate a different and more just world.

The contributors explore this development in a variety of ways: by looking at questions of form, politics, the politics of form, and the form of politics.

In a broader context, the essays connect their textual and theoretical analyses with historical developments such as the disaster of September 11th, the movement for historical reconciliation, the rise and downturn of the global economy, and the growth of anti-capitalist movements.