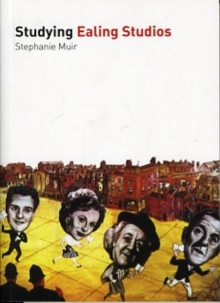 Located in the West London suburb from which it takes its name, Ealing Studios is one of the best loved and best known institutions of British cinema.

Viewed within the context of a nation forced to adjust to World War II and its subsequent social upheavals, Ealing films reflect common characteristics that can be identified as "national," conjuring images of Britain and Britishness for domestic and international audiences.

Encouraging a view of the institution from its own perspective (which John Ellis casts as "liberal rather than radical, progressive rather than revolutionary "), this volume traces how Ealing constructed an image of Britain at a particular moment in history.