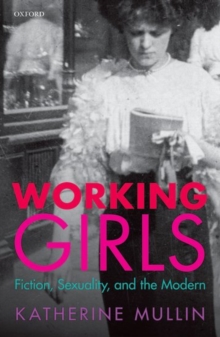 Working Girls: Fiction, Sexuality, and Modernity investigates the significance of a new form of sexual identity at the end of the nineteenth and beginning of the twentieth century.

They energised a wide range of late-Victorian and Modernist fiction.

Working Girls argues that these seductive yet perilous young women helped writers negotiate anxieties about the state of literary culture in the United Kingdom.

Crucially, they preoccupy novelists who were themselves beleaguered by anxieties over cultural capital, the shifting pressures of the literary marketplace, or controversies about the morality of fiction (often leading to the threat of censorship).