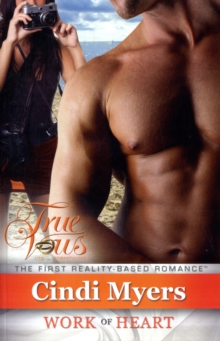 NINA BARRY IS AN ACCOMPLISHED PAINTER who sees the world through kaleidoscope eyes.

When fate blows her a kiss in the form of DJ Danny de Zayas at a Brooklyn hotspot, her heart spins.

Danny is a Renaissance man who transforms from hip DJ at night to virtuoso entrepreneur building business empires by day.

Although it appears that Danny has it all, he doesn't have the one thing he most wants: Nina.

They're such close friends that they share their innermost secrets-- except for the secret longing each harbors for the other.

That is, until they end up sharing more than a campfire over the Fourth of July.

The fireworks between them sizzle and burn, launching them into a dimension of intimacy that is too intense to ever be broken. . . . Or can it? What happens when Danny's travels put more than physical distance between them? And when Nina's starving-artist existence clashes with Danny's flush independence, will he come after her when she leaves him and begins seeing another man?

What can Danny do to mend the rift of his making and convince Nina he's meant to be her one and only lover, her partner for life in a world that's their playground if only she'll trust him again?