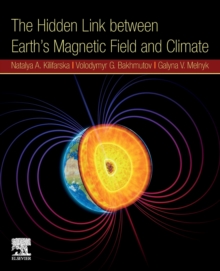 The Hidden Link Between Earth's Magnetic Field and Climate

The Missing Link Between Earth's Magnetic Field and Climate offers a new framework of understanding and interpretation for both well-known and less known relations between different geophysical and meteorological variables which can improve the quality of climate modeling.

The book reviews the most current research on both current and paleo data to introduce a causal chain of interactions between the geomagnetic field, energetic particles which bombard the Earth's atmosphere, ozone and humidity near the tropopause, and surface temperature. The impacts of these complicated interactions is not uniformly distributed over the globe, thus contributing to our understanding of regional differences in climatic changes and the asymmetrical ozone distribution over the globe.