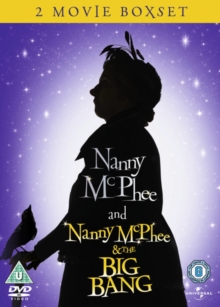 In 'Nanny McPhee' (2005), Cedric Brown (Colin Firth) has recently lost his wife and is faced with the prospect of trying to raise his seven unruly children on his own.

With the wild children too much for most nannies, all of whom have quickly left his service, Cedric is one day commanded by a mysterious voice to hire the witch-like Nanny McPhee (Thompson), who uses her magical powers to keep the children in line.

Thompson reprises her role as the mysterious nanny with unsettling facial features in the 2010 sequel, 'Nanny McPhee and the Big Bang'.

This time round, Nanny McPhee offers her invaluable services to harried young mother Mrs Green (Maggie Gyllenhaal), who is struggling to run the family farm while her husband is away at war.