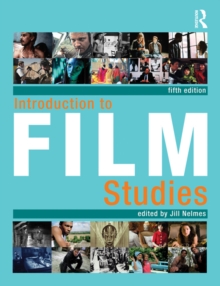 Introduction to Film Studiesis a comprehensive textbook for students of cinema.

This completely revised and updated fifth edition guides students through the key issues and concepts in film studies, traces the historical development of film and introduces some of the worlds key national cinemas. A range of theories and theorists are presented from Formalism to Feminism, from Eisenstein to Deleuze. Each chapter is written by a subject specialist, including two new authors for the fifth edition. A wide range of films are analysed and discussed. It is lavishly illustrated with 150 film stills and production shots, in full colour throughout. Reviewed widely by teachers in the field and with a foreword by Bill Nichols, it will be essential reading for any introductory student of film and media studies or the visual arts worldwide.

Key features of the fifth edition are: