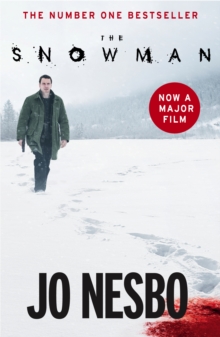 By: Nesbo, Jo,  Bartlett, Don(Translated by)

Part of the Harry Hole series

Outside, he sees her favourite scarf - wrapped around the neck of a snowman. And then he will appear again Detective Harry Hole soon discovers that an alarming number of wives and mothers have gone missing over the years. And when the snow is gone... When a second woman disappears, Harry's worst suspicion is confirmed: a serial killer is operating on his home turf. ...he will have taken someone else*JO NESBO HAS SOLD 40 MILLION BOOKS WORLDWIDE**Watch out for Knife, the new Harry Hole thriller, coming summer 2019*