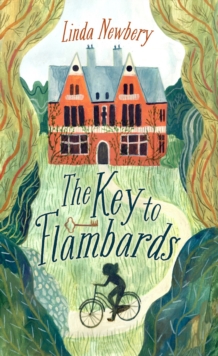 The key to Flambards

Grace Russell, at fourteen, has already had to adjust to a devastating accident from which she'll never recover.

Now she and her newly-single mother are leaving their suburban home for Flambards house, out in the Essex countryside.

The house has a long history, and Grace's mother is to work there for the summer - an exciting new opportunity.

But, for Grace, everything feels wrong. She's doesn't want yet another change. However, in spite of herself, she finds herself becoming involved with two boys: Jamie, who leads her down a path of thrilling freedom, and the deeply troubled Marcus, who is dealing with his difficult, potentially violent father.

Over time, Grace discovers her own links to the house and landscape she has just arrived in, and in turn, her own place in the world.