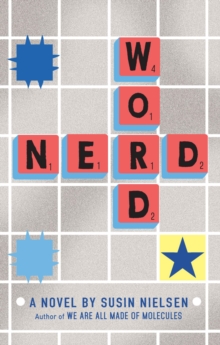 Ambrose Bukowski is a twelve-year-old with a talent for mismatching his clothes, for saying the wrong thing at the worst possible time, and for words.

In short, he's a self-described nerd. Making friends is especially hard because he and his overprotective mother, Irene, have had to move so often. And when bullies at his latest school almost kill him by deliberately slipping a peanut into his sandwich to set off his allergy, it's his mother who has the extreme reaction.

From now on, Ambrose has to be home-schooled. Then Ambrose strikes up an unlikely friendship with the landlord's son, Cosmo, an ex-con who's been in prison.

They have nothing in common except for Scrabble. But a small deception grows out of control when Ambrose convinces a reluctant Cosmo to take him to a Scrabble club.

Could this spell disaster for Ambrose?