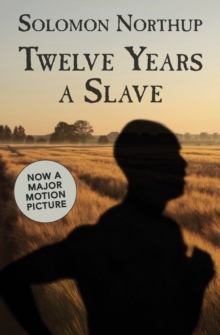 Open Road Media
1480476889 / 9781480476882
eBook
306.362092
28/01/2014
Available
England
210 pages
Description based on CIP data; resource not viewed.
The harrowing true story that inspired the critically acclaimed film
The son of a freed slave, Solomon Northup lived the first thirty years of his life as a free man in upstate New York. In the spring of 1841, he was offered a job: a short-term, lucrative engagement as a violinist in a traveling circus. It was a trap. In Washington, DC, Northup was drugged, kidnapped, and sold into slavery. He spent the next twelve years on plantations in Louisiana, enduring backbreaking labor, unimaginable violence, and inhumane treatment at the hands of cruel masters, until a kind stranger helped to win his release. His account of those years is a shocking, unforgettable portrait of America’s most insidious historical institution as told by a man who experienced it firsthand.
Published shortly after Harriet Beecher Stowe’s abolitionist classicUncle Tom’s Cabin, Northup’s memoir became a bestseller in 1853. With its eloquent depiction of life before and after bondage,Twelve Years a Slavewas a unique and effective entry into the national debate over slavery. Rediscovered in the 1960s and now the inspiration for a major motion picture, Northup’s poignant narrative gives readers an invaluable glimpse into a shameful chapter of American history.
This ebook has been professionally proofread to ensure accuracy and readability on all devices.