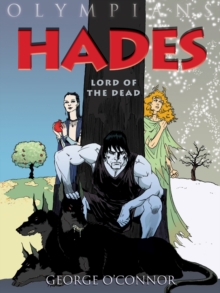 Hades, lord of the dead

Part of the Olympians ; v. 4 series

Hades: Lord of the Dead tells the story of the great God of the Underworld and one of the most famous of all Greek myths: Hades' abduction of Persephone and her mother's revenge.

Be prepared to see a new side of Persephone in this dynamic adaptation of the story of the creation of the seasons.

But these stories aren't sedate, scholarly works. They're action-packed, fast-paced, high-drama adventures with monsters, romance, and not a few huge explosions.

This title has Common Core connections. Hades is a Kirkus Reviews Best Children's Book of 2012