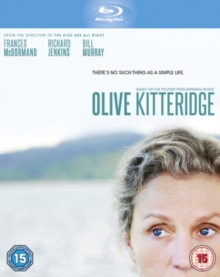 Frances McDormand stars as the eponymous character in this miniseries adapted from Elizabeth Strout's novel.

Set in the fictional town of Crosby, Maine, the story takes place over 25 years and follows Olive Kitteridge, a depressed high school maths teacher, who has good intentions despite her harsh exterior.

She is supported by her husband Henry (Richard Jenkins), a kindhearted pharmacist, while their son Christopher (Devin Druid/John Gallagher, Jr.) grows resentful towards his mother.

The series captures different periods of Olive's life and her interactions with the other townspeople.

The episodes are: 'Pharmacy', 'Incoming Tide', 'A Different Road' and 'Security'.