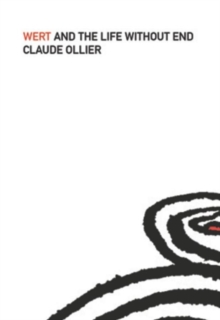 Wert and the Life Without End

Part of the French Literature series

In some kind of institution, maybe a hospital or rehabilitation center, we are introduced to Wert, a disturbed, traumatized man still suffering the horrors of his experience as a soldier fighting in an unidentified conflict.

A patient or prisoner, Wert writes down his memories of the war; his impressions of his current, ill-defined treatment; and his reflections on his own psychological well-being.

When at last released, Wert undertakes a long journey to the east, and slowly recognizes the events of his life as being reminiscent of episodes from ancient epic narratives--as though his entire story has simply been the reenactment of a tale first told thousands of years before.

Chipping away at its narrative through short, rhythmic, poetic sentences; combining the worlds of the avant-garde and the ancient epic; and revealing the interconnectedness of psychology, lived experience, and the written word, "Wert and the Life Without End" is a masterpiece of self-reflective storytelling.