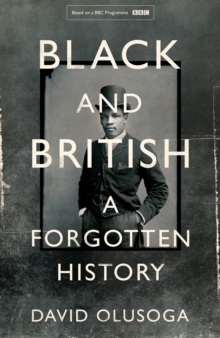 Black and British : a forgotten history

Winner of the 2017 PEN Hessell-Tiltman PrizeA Waterstones.com History Book of the YearLonglisted for the Orwell PrizeShortlisted for the inaugural Jhalak PrizeIn Black and British, award-winning historian and broadcaster David Olusoga offers readers a rich and revealing exploration of the extraordinarily long relationship between the British Isles and the people of Africa.

It reveals that behind the South Sea Bubble was Britain's global slave-trading empire and that much of the great industrial boom of the nineteenth century was built on American slavery.

It shows that Black Britons fought at Trafalgar and in the trenches of the First World War.

Black British history can be read in stately homes, street names, statues and memorials across Britain and is woven into the cultural and economic histories of the nation. Unflinching, confronting taboos and revealing hitherto unknown scandals, Olusoga describes how black and white Britons have been intimately entwined for centuries.

Black and British is a vital re-examination of a shared history, published to accompany the landmark BBC Two series.