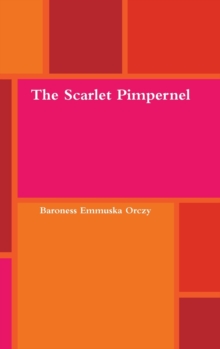 The Scarlet Pimpernel was first published in 1905 and has proved to be Orczy's most famous and popular novel.

The work was originally rejected by publishers, so she refashioned it as a play, with little initial success. The Scarlet Pimpernel is set in 1792 during the French Revolution, but centres on an English hero performing great and brave deeds in a violent and murderous climate.

She is captivated and entranced by the stories surrounding him but is soon forced into a position where she must assist the French ambassador to England in capturing the elusive man.