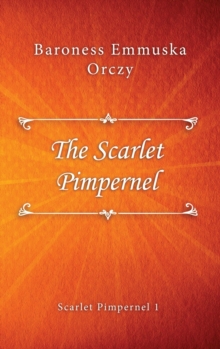 The Scarlet Pimpernel is set in 1792 during the French Revolution, but centres on an English hero performing great and brave deeds in a violent and murderous climate.

She is captivated and entranced by the stories surrounding him, but is soon forced into a position where she must assist the French ambassador to England in capturing the elusive man. Orczy's novel unfolds with a series of twists and turns, with frequent moments of excitement and tension.