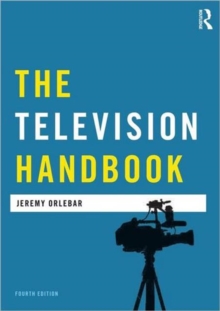 Part of the Media practice series

The Television Handbook is a critical introduction to the practice and theory of television.

The book examines the state of television today, explains how television is made and how production is organised, and discusses how critical thinking about programmes and genres can illuminate their meanings.

This book also explores how developments in technology and the changing structure of the television industry will lead the medium in new directions. The Television Handbook gives practical advice on many aspects of programme making, from an initial programme idea through to shooting and the post-production process.

The book includes profiles giving insight into how personnel in the television industry - from recent graduates to television executives - think about their work. The Television Handbook offers chapters on the vigorous debates about what is meant by quality television, how news and factual programmes are responding to interactive technologies, and how formats such as Reality/Talent TV have risen in prominence.

The title has been replaced. To check if this specific edition is still available please contact Customer Care +44(0)1482 384660 or schools.services@brownsbfs.co.uk, otherwise please click 9781138833517 to take you to the new version.