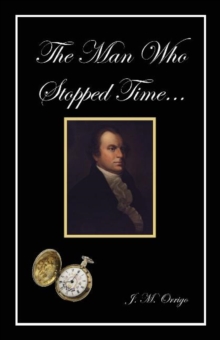 The Man Who Stopped Time...

The 18th century had many men of importance, but there was one man, Dr. Elisha Cullen Dick, who impacted the Alexandria community like few others, both as a physician and civic leader.Dr. Dick used his keen intellect, strong work ethics, and devoted patriotism to pursue the greater good.

He held positions of trust that were as varied and comprehensive as the man.

His diverse interests, highly regarded medical skills, and overall knowledge made him in demand for many prestigious positions.

Some were taken in the face of adversity such as combating yellow fever, commanding a cavalry unit in the Whiskey Rebellion, and negotiating terms for Alexandria in the War of 1812.

Despite the number of impressive positions Dr. Dick held, none was as valuable as his friendship and medical relationship with General Washington.

It was in this capacity during the final treatment of the General that time became the element that he was able to stop.

Yet this doctor and respected Alexandrian who achieved and did so much for the community, was buried in an unmarked grave and remains relatively unknown.