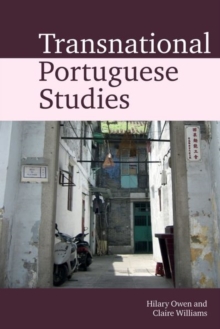 By: Owen, Hilary (School of Arts, Languages and Cultures, University of Manchester (United Kingdom))(Edited by),  Williams, Claire(Edited by)

Portuguese Studies offers a particularly rich and enlightening challenge to methodological nationalism in Modern Languages, not least because the teaching of Portuguese has always extended beyond the study of the single western European country from which the language takes its name.

However, this has rarely been analysed with explicit, or critical, reference to the 'transnational turn' in Arts and Humanities.

This volume of essays from leading scholars in Portugal, Brazil, the USA and the UK, explores how the histories, cultures and ideas constituted in and through Portuguese language resist borders and produce encounters, from the manoeuvres of 15th century 'globalization' and cartography to present-day mega events such as the Rio Olympics.