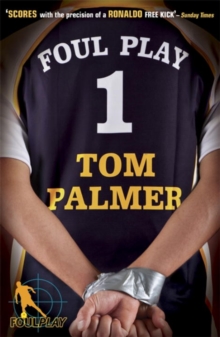 Part of the Foul play series

So when England and City footballing hero Sam Roberts is reported missing the day after Danny saw him being taken, blindfolded, into the bowels of the City FC stadium late at night, he's determined to get to the bottom of it.

But is Danny getting into something he can't handle?As well as being a huge football fan, Tom Palmer has an international reputation in reader development.

He is a coordinator of the Reading Partners consortium, works with The Reading Agency, Booktrust and the National Literacy Trust, and has been the official writer for the Premier League Reading Stars scheme for five years.

He is the author of the Football Detective series, also for Puffin Books.