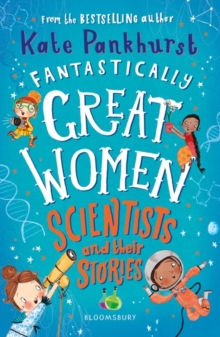 Women have been responsible for many of the world's most groundbreaking scientific discoveries.

Kate Pankhurst, descendent of Emmeline Pankhurst, tells the stories of some incredible female scientists whose hard work and persistence changed our understanding of science, and transformed people's ideas of what women can do.

As a child Mae Jemison imagined herself reaching for the stars and that's exactly what she did: she became the first African-American woman to go into space.

When Elizabeth Blackwell was told women weren't allowed to be doctors, she didn't take no for an answer.

Tu Youyou spent months on a remote island during the Vietnam War to try and invent a treatment for malaria - and she did it.

Including comic strips, family trees, maps and more, Fantastically Great Women Scientists and their Stories is a celebration of women who made some of the world's most important scientific breakthroughs.