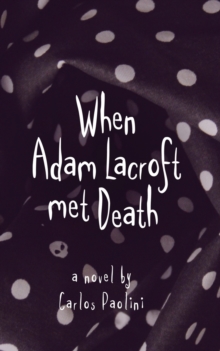 "I'm what awaits at the end," she added in a deep voice, mocking a story-teller, "the one thing no man can avoid." She giggled at my unchanging look of incomprehension. "I'm Death, silly."After being caught in a car accident, Adam Lacroft meets Death (a gorgeous brunette in her twenties and something of a flirt).

Eve, as she tells him to call her, explains that she feels bad about Adam's pointless death and, out of some weird sense of pity and fancy, offers him a deal to win his life back.She gives him three days to find the man that killed him and kindly return him the favor.

Adam is just surrounded by hot chicks) in on the whole thing and they both start the hunt.

But as Adam and Erica find out more and more about their target, they find less and less of Eve's version of the events and Adam starts to worry--less about if what he is going to do is right or wrong--and more about if Even will honor their contract and give him what she promised. Carlos Eduardo del Valle Paolini Carrero was born in Caracas, Venezuela, 1994.

He's not related to his knowledge, to the other writer Christopher Paolini in any way.

This is his first novel and it's awesome. Buy it and give it a home.