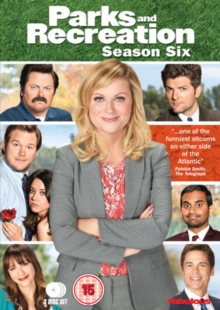 All 22 episodes from the sixth season of the US comedy following the schemes devised by members of the parks department of Pawnee, Indiana, to improve their town.

Amy Poehler stars as Leslie Knope, the ever-cheerful bureaucrat whose ultimate ambition is to become president, but in the meantime occupies herself with the slightly less heady demands of her current job.